Humraaz welcomes your donations. The support you give will improve and enhance the lives of women and children in the refuge and seeking support. Your contribution will aid women on their journey from abuse, uncertainty around their immigration status, lack of finance, lack of practical and emotional support to enabling them to have a secure future, free from abuse and harm and be able to offer their children some stability and comfort. Thank you. 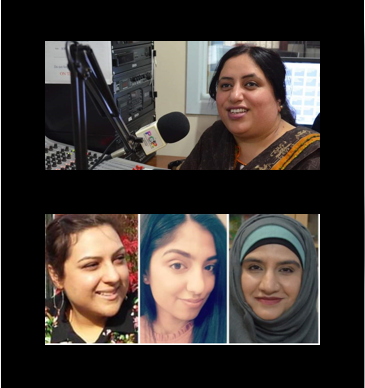 Posted on 24 Mar 21 in Media Coverage

As you will have heard in the news the murder of Sarah Everard has triggered a global outpouring of grief and rage & opened a discussion across the country about women’s safety. Local women have been warned to be careful about venturing out alone.

During the LIVE show Saima was joined by a panel of professional women from across Lancashire to discuss the disturbing murder of Sarah Everard, the lessons that can be learnt & the important discussions that need to take place within our communities around women’s safety.

Miriam Bhatti, who works as an Assistant Practitioner at a GP Practice in Preston and has formally worked as a Cardiac technician. She has previously volunteered for domestic abuse organisations.

Faira Butt is an Independent Sexual Violence Advocate (ISVA) at an organisation called Humraaz Support Services who work with & support victims of sexual violence & abuse from the BME community. They look to empower & develop BME female professionals. She is also the former Member of Youth Parliament for Burnley.

Aisha Hussain works as a consultant for TEN Legal Solicitors in Bury. She qualified in 2002 & has been working within the field of law for over 20 years. Some of the areas she specialises in include Family Law, Wills & Probate along with Shariah compliant Wills. As a mother of four, including two daughters, she will be sharing her views in relation to women’s safety & protection.

Take home message: All of us in the community have a responsibility to look after each other and make our streets safe. It is not only up to women to bear the brunt of taking that responsibility.

This site uses cookies to give you a better experience.